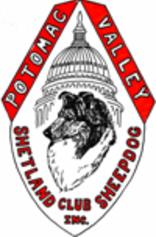 Serving the National Capital Area since 1972

The history of the Potomac Valley Shetland Sheepdog Club, Inc. is one of "grass roots" development.  The Club originated with a small group of Sheltie owners with varying exposure to the breed, but with an interest in self-improvement and the welfare of Shelties as a breed.  This heritage is now a club characteristic.  PVSSC has greatly increased the educational and competitive opportunities available to area Sheltie fanciers. The Club was founded in late 1971 and meetings were initially held in members' homes.  Gradually, meeting times and places were regularized, a public meeting place selected and in June, 1972 the first formal election of officers was held.  Application was made to the American Kennel Club for recognition resulting in the approval of the Club's name, development of an AKC model Constitution and By-laws, and specification of the Club's primary area of operation as the Metropolitan Washington DC area.  The Club's first AKC-sanctioned match was held in February 1975. Currently the Club holds its annual Specialty Shows, Obedience/Rally Trials and Herding Trials. As the Club developed, membership rapidly grew from the initial small group of fanciers to a membership which includes nationally known "Sheltie people," locally active breeder-exhibitors, those with performance interests, and pet owners.  Members have written articles and/or served as editors for national breed publications; participating alongside members who have had a single Sheltie for less than a year.  Club programs have brought some of the most prominent people in the breed to the Washington area to share their expertise.  Club events have obtained well-known judges, providing new opportunities for competition under highly qualified individuals.